Missie and I are doing an adventure race!

For our Patrol trip we decided to go backpacking in Sipsey Wilderness in AL but take a different route than we did for the January Troop trip. We left the church and arrived at the trail-head well after dark shouts out to winter. We started hiking in and found a campsite but decided to carry on until we could find something better. We hiked for about 2 1/2 miles until we came across another unoccupied campsite. It wasn’t much better but we decided to take it anyways. We then had a wonderful cracker barrel of penguins and proceeded to  set up camp and turn in for the night. We woke up and had an oatmeal breakfast and broke camp and were ready to hit the trails at 9:00

We hiked for a good ways and found some neat-o stuff like a rock tree and a natural rock tent. We decided along down the trail that we would have lunch after the imminent river crossing which we eventually came to

Lunch was bountiful as to be expected from whistlepigz. We hing around for like an hour and eventually continued on our journey. Our hike lasted a good long 15 miles and another river crossing before we came to a small but cozy campsite.

We set up camp and started dinner. while cooking we discussed the finer points if whistlepig lyfe such as nikes and defecation. We then enjoyed a wonderful meal cooked by Leo and Frederick and cleansed our palates with graham crackers. we hung around while Collin cleaned up and chatted before turning in for the night. We woke up in the morning and ate grits and dat crystal egg for breakfast before breaking camp. We hit the trails at the same time as the day before to continue our trek.

Our hike from there on out wasn’t too difficult except for some long uphill sections. We came to the logging trail where most of our second day hike took place. we came to a bridge and decided to stop and have lunch a little earlier that day. Our lunch consisted of nutella and peanut butter paper tortilla wraps and an extensive selection of cookies.

After lunch we got back on the trail. this was the longest, most dreadful part of our hike. We hiked for what seemed like forever. Eventually me and Leo decided to stop for a restroom break and never fully caught back up, but it didn’t matter,  we all made it back to the cars relatively soon after that. Overall the trip functioned very flawlessly and was a extremely fun trip. 9.5/10 would do again.

Credit to Frederick B. as the author of this post.

I created a hanging succulent garden from an old picture frame that I bought from craigslist.

I included a variety of succulents. 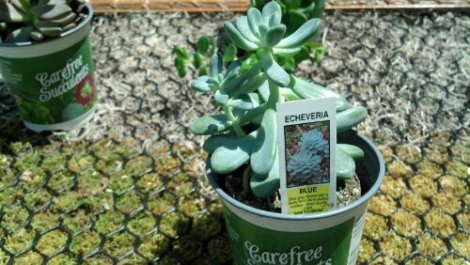 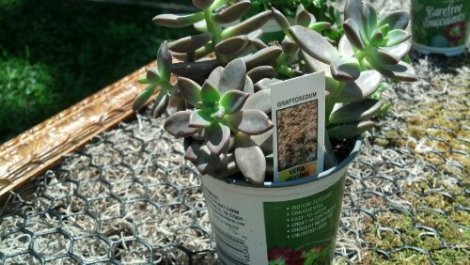 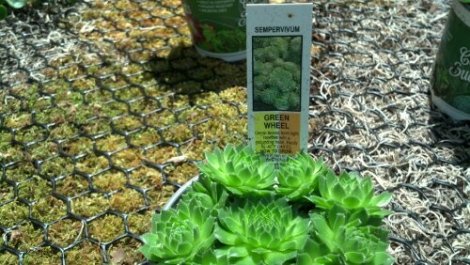 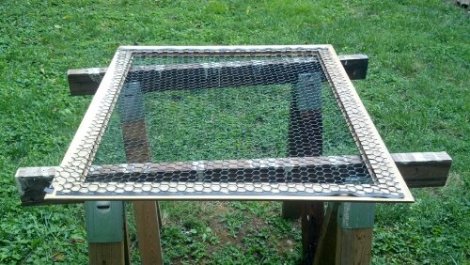 In November, Troop 3 took a hiking trip to Sewanee, TN.

This was a very fun day hike but also turned out to be one of the most brutal. We started around 9:00 and stayed in a group until about mile one, where we split up.

We walked on while observing some very pretty views, acorn throwing, and the Sewanee wilderness. At around mile 6.5 we sat down for lunch and filled up water bottles. Despite some problems with knowledge of how to use the steripen, lunch was pretty good.

We then continued the backbreaking hike over the hills of Sewanee and a few paved areas. Around the 15 mile mark we hit a paved trail that was relatively flat and continued our trek as the sun ducked behind the trees.

It became complete darkness when we finally reached the cross on the hill but it made a great place to stop and rest.

From that point on our spirits were lifted and we continued hiking the last 1 mile on pavement. By the end of the hike our feet and legs were aching for relief so we got in the cars and went to Hardy’s for some dinner without shoes. Overall this was a fun trip although I probably would not do this again for a while.

Mountain Biking at Land Between the Lakes

The bucks Patrol of Nashville Troop 3 headed to land between the lakes in Kentucky for a weekend of mountain biking.

We stopped at the golden pond welcome area to get our backcountry camping permits. On the way in we saw these flying agarics which we had to stop and photograph.

We set up camp and headed out on the trail with the goal of riding 25 miles.

We stopped along the way to get a photo of this shelf mushroom, Libor is there to give perspective as to how large it is.

After about six miles we stopped to have lunch of summer sausage sandwiches.

Chippers chewed on his bone during lunch.

I took an artistic photo of the sky through the trees for instagram.

We got back to camp around 5, but we were short of our goal, but did manage to do 15 miles, which a couple of the boys need for the biking merit badge.

We made some shepherd’s pie for dinner which looks like it is going to be delicious.

last weekend in decided to work on the Karmann Ghia again.

I took a lot of these pictures just to remember how it was. 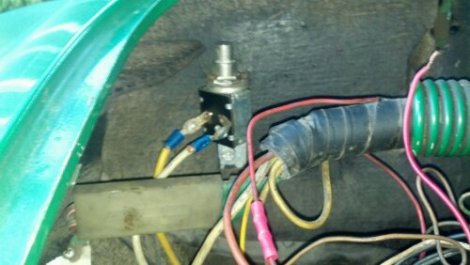 I found out there’s a lot of gunk in the gas tank from sitting around for about 10 years. 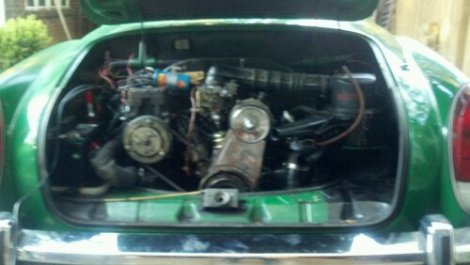 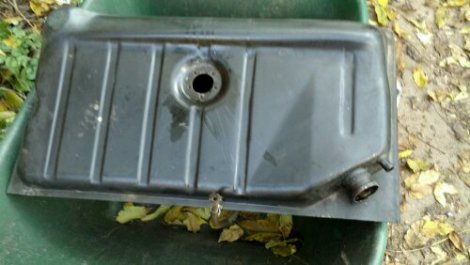 I get the gas tank pretty clean but now I have to line before I put it back in. 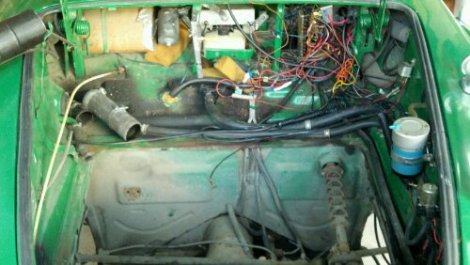 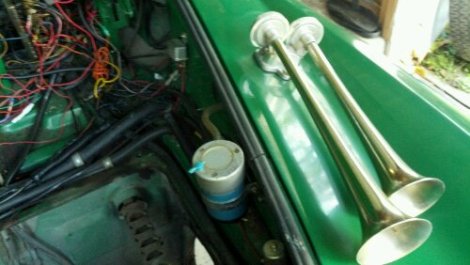 hopefully the next time I work on it I will finally get it running. 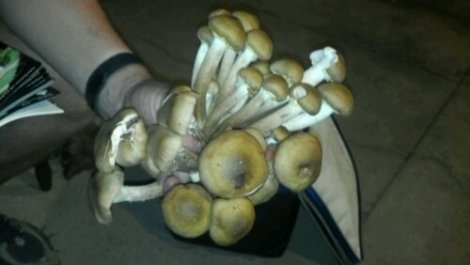 I went to Cumberland Caverns this past weekend with Troop 3. “It don’t get no better than this!” was the mantra our guide Kevin a.k.a Cavin’ would shout when we made it through a particularly tight passage. The yellow box below was a training box full of about 150 feet of crawl space the boys practiced in while we were waiting on our guide.

We started with the walking tour which gave us some of the history of the cave and there was a light show set to music. Then we began the wild tour which involved getting dirty and crawling through tight spaces as you can see below.  We had the cave all to ourselves and slept on the ground. The next morning after breakfast, we started another wild historical tour that had ladders, mud, and plenty of crawling.

We had a great time and I look forward to going back again sometime.

The fish don’t care of it is raining

I had the best day of trout fishing I have ever had in Tennessee and maybe ever for that matter. Randy was back in town for a few days so we decided to go down to the Caney Fork again on Thursday. He showed me a place I haven’t yet fished down there called Congo bottom, but when we got there the water was still up a little too high to fish that spot, so we went on up to Betty’s Island.

I started with the same set up that I had on Tuesday which was the double fly with a gnat on top and scud on bottom. I got a few hits on this, but Randy was doing much better with a small green streamer. I didn’t have any of those in my fly box, but that is the benefit of going with Randy, he is always happy to share a fly or two.

Now it was raining, so unfortunately I don’t have photo documentation of all the fish we caught, and this may sound like one of those fish stories, but I caught 21 trout and Randy caught 31 for a total of 52 in one afternoon. We caught a mixture of brown, rainbow and brook trout.  We never really even had to move more that 100 yards from where we started. The rain certainly didn’t stop the fish from biting.

Since I wasn’t able to get photos on the river, I decided to take some of my equipment. Here is the 4 weight reel that I use most the time. 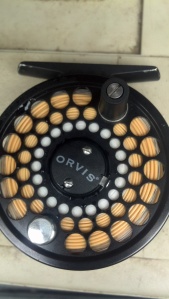 This was a wonderful day fishing!

I went back down to the Caney Fork River yesterday to check out a couple more of the public access areas inRegion 2. They released 1 generator from that dam from 3am to 5 am, so I expected the water at the I-40 rest area to be down when I got there around 8:30. There was a storm going through, so I decided to go get some gas for my car while it passed.

From my experience last Saturday and some research I had done after that I decided that I needed to try fishing with some midges. I also wanted to try a method that I was originally turned onto by my buddy Randy, which is fishing with a multi-fly rig. It worked pretty well, but I did have some issues with backlash. I ended up catching 2 on the dry-fly and 1 on the midge.

After I got done there, I decided to try the Gordonsville access point. It turned out not to be a very good spot for fly fishing, or really shore fishing for that matter. It is pretty much a boat access. I did talk to a couple other fisherman there though. They hadn’t had much luck.

Well tomorrow I will go again if the weather cooperates. Randy is back.

Welcome to my blog, thanks for stopping by to check it out. This is a place for me to share some things that I think are cool which covers a wide variety of topics. Some of it will be personal and there will be some techy stuff too. Basically, whatever I want!

Play me in chess!

We're here for all of your tarping needs.

Not Technically a Hobo

Living a transient life - in alignment.

Stories and lessons from my hiking, running, and bikepacking singletrack adventures and the roads in between.

The Adventures of Dormouse and Dirt Stew

Savouring life intensely every hundredth of a second by capturing scenes from across Cumbria - the Lake District National Park. A pictorial guide to the lakes by a dilettante photographer.

The travel adventures of a teacher couple...

Fly fishing Nebraska is about more than just the fish...

To Turkey & back; adventures in life, romance, heartbreak & seeing the funny

digital media and all things related...

A Special Education Teacher's Views on...

A Drive to Learn

Explorations in education and technology.

Join Dave Delaney as he blogs about social media, marketing, technology trends, and his digital life in Nashville, TN.

Only Need an API key

Crap that makes me angry

a blog for my life

We Are Meant To Live